I took on the role of AGPM Academic Adviser at UC Santa Cruz for a few years where I advised, mentored and advocated for students pursuing a degree in Art & Design: Games + Playable Media (AGPM).

It was a great opportunity to develop a UX mindset by working closely with students to try and understand their needs, and see how we might improve their experience navigating the program.

As an alum of the AGPM program, I was excited to explore different ways to improve the experience for the next generation of students!

I was in a unique position where I interfaced with students on a daily basis, while also participating in staff and faculty meetings that could affect their experience in the program. By identifying patterns and sentiment from my meetings with students, I was able to advocate for them and voice their concerns while keeping their needs in mind.

Outside of these more holistic changes, I also wanted to provide resources that could faciliate various aspects of navigating the major. This led me to work on a number of projects hoping to modernize some of our more traditional advising resources through the use of design and technology. 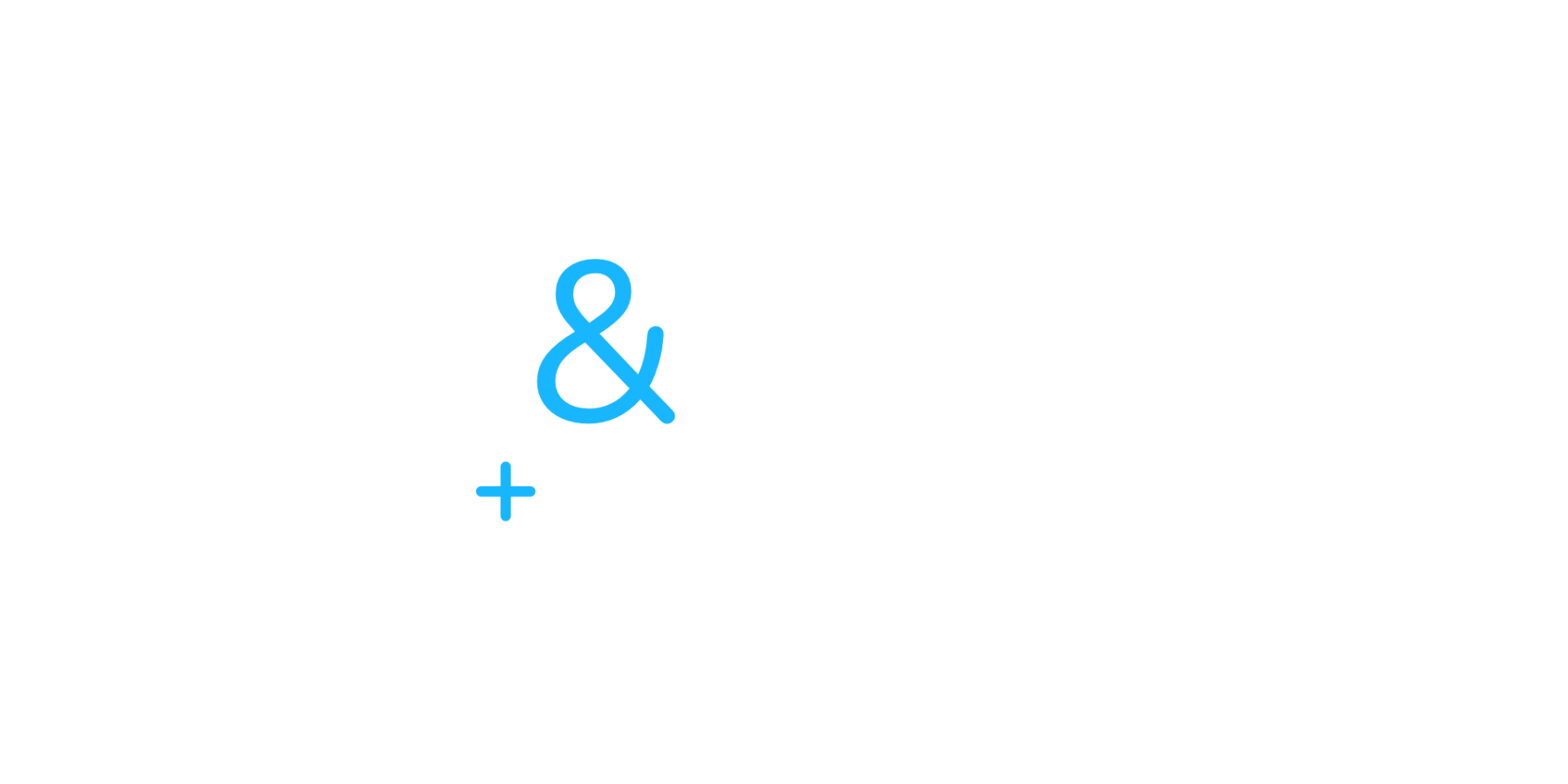 Identify patterns and generate suggestions for improving the program

My primary goal was to be a great advocate for the students in our program. While I had my own ideas for how AGPM could be improved, I took in student feedback via interviews, group sessions and questionnaires to identify areas that they would like to see change.

The AGPM major is a very interdisciplinary game design progam that covers aspects of art, design, and programming while collaborating with other departments. However, the interdisciplinary nature of it also adds to the confusion students feel when trying to figure out what courses they should take, how their electives will align with their chosen career path, and if they are on the right track to graduate. I wanted to create useful tools and resources that could help make this information more consumable for our students.

Through my one-on-one advising appointments, group advising sessions, and surveys I was able to learn about our students, their goals, and what sort of things they struggled with within our program. As an alum of the same program, I could also empathize with them and understand their frustrations. I worked on developing a few concepts for different types of resources that could make the experience of navigating the program more enjoyable. By regularly gathering feedback from students and others in our advising community, I was able to iterate and improve these resources to the point of being able to share some of them as new advising tools with other advisers at UCSC and beyond!

This first video shows a simple Unity prototype for an AGPM Advising game idea I had that would serve as a resource to answer students’ most frequently asked questions!

The second video shows an orientation presentation that I put together for giving incoming AGPM students and overview of our program and what they could come to expect during their time at UC Santa Cruz.

Some of the advising tools I designed took the form of flowcharts, guides, and surveys. By creating a myriad of different tools I was able to ease my workload and better meet the advising needs of our students. You can see examples of some of these AGPM Advising resources I created by clicking on the button below. In it, you will find a Google Drive folder with some enrollment guides, informational video projects, and a player flow diagram for the AGPM Advising game prototype.

One of the biggest projects I took on was redesigning our AGPM advising website, which had many problems. On the student side, the website was difficult to navigate, find the information that they were looking for, and overall didn’t look very inviting. On my end as the adviser who was responsible for maintaining it, it felt like a chore to update the website since it would sometimes lose the latest changes I made which added a lot of unnecessary rework. When I began working on our website, I tried improve it much as I could, but there were certain contraints that I was faced with. Due to the outdated version of Drupal we were using at the time, I didn’t have the freedom to tweak the various elements I wanted. After about a year the university added support for WordPress websites. Since I was familiar with WordPress, I decided to make a proposal for a redesign of the site and it was approved. While the old Drupal site is (unfortunately) still up, current AGPM students now get directed to the new WordPress site for advising. I am glad to see that it’s still being used and updated regularly by the new advising staff!

Sharing new advising tools and resources with other advisers

One of the most impactful advising tools I worked on was simple in theory, but took quite some time to garner support and buy-in from various folks on our campus. The idea was simple: instead of using a paper academic planning form, what if we made a digital version? An academic planning form (APF) is used to check off academic milestones and let students know what their time at UCSC will look like. These forms would also require signatures from various campus units to be processed properly. Historically, advisers would fill out the traditional APF, print it, and give it to students to hold onto. This led to a lot of lost APFs from students and even more rework for advisers. By converting the old APF into digital first version on Google Sheets, it solved both of those problems and provided even more benefits!

Outside of the APFs no longer getting lost, they were also easier to find and share with other campus units since they were all housed in a shared advising Team Drive. All an adviser would need was a student’s ID number or name and they could easily pull up their plan. This also meant that students no longer had to take a physical version of their plan to get it signed. Instead, advisers could simply comment their approval directly on the plan. Additionally, departments could also create custom templates of the APF for their majors that catered to common scenarios, like a plan for incoming frosh. On the student facing side, students could easily view their plan from any of their devices and comment directly on it to ask questions or request changes they would like to see.

Despite the vast improvements to the APF, there were still a number of folks who had reservations about changing the way they worked with this updated tool. This led to the formation of a committee that pushed for campus wide adoption of the updated APF, which I was a part of. After some iterations and concessions, we were finally able to able to reach a concensus on this updated APF, which you can see the before and after versions of below.

After creating and sharing these resources with my colleagues in the advising community at UCSC, a few of us decided to get together and come up with a talk proposal to share them with advisers outside our university. Our talk on leveraging technology to create better student-facing advising tools was approved and we presented it at the 2019 UC Academic Adivising Conference (UCAAC). 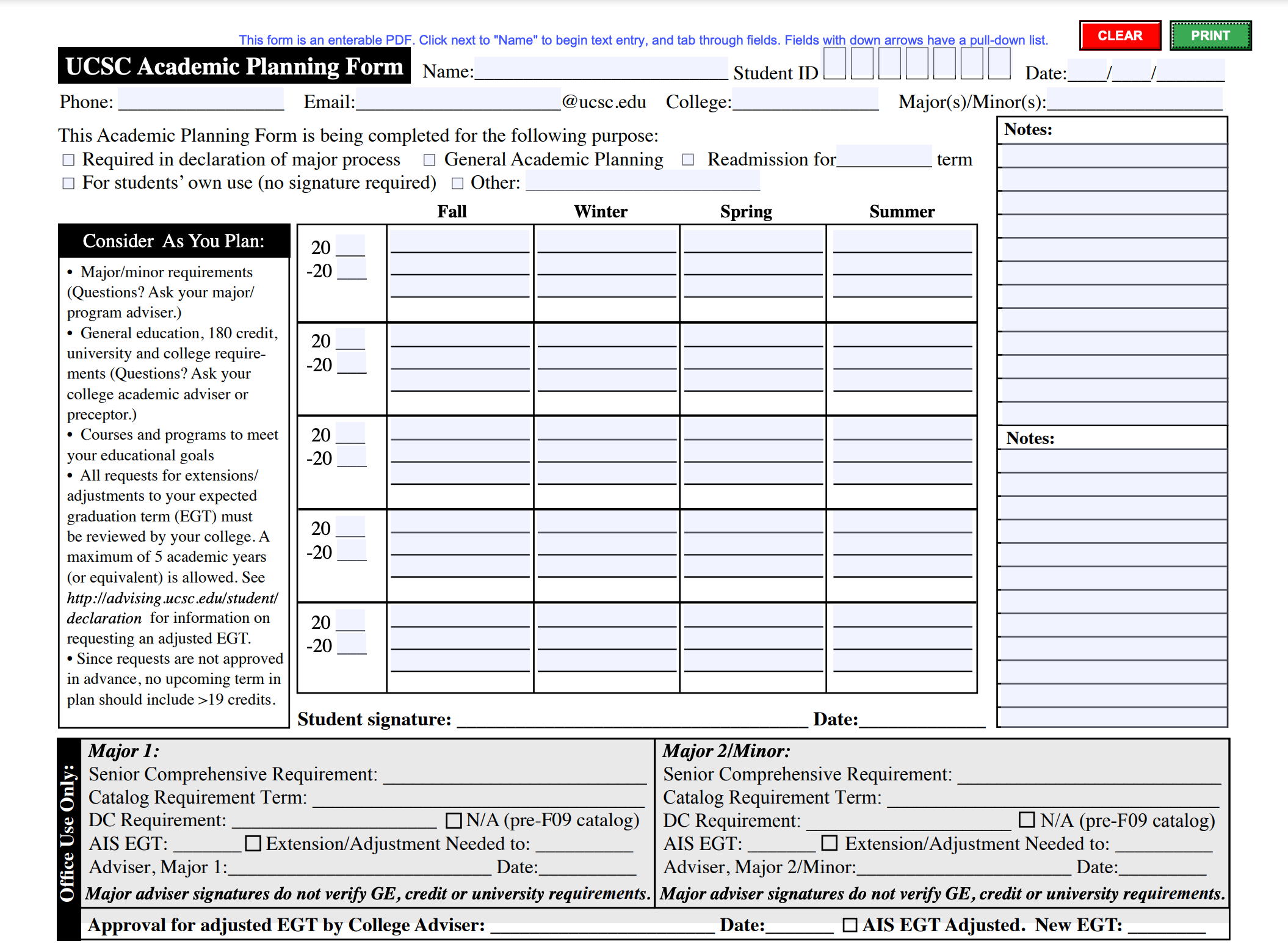 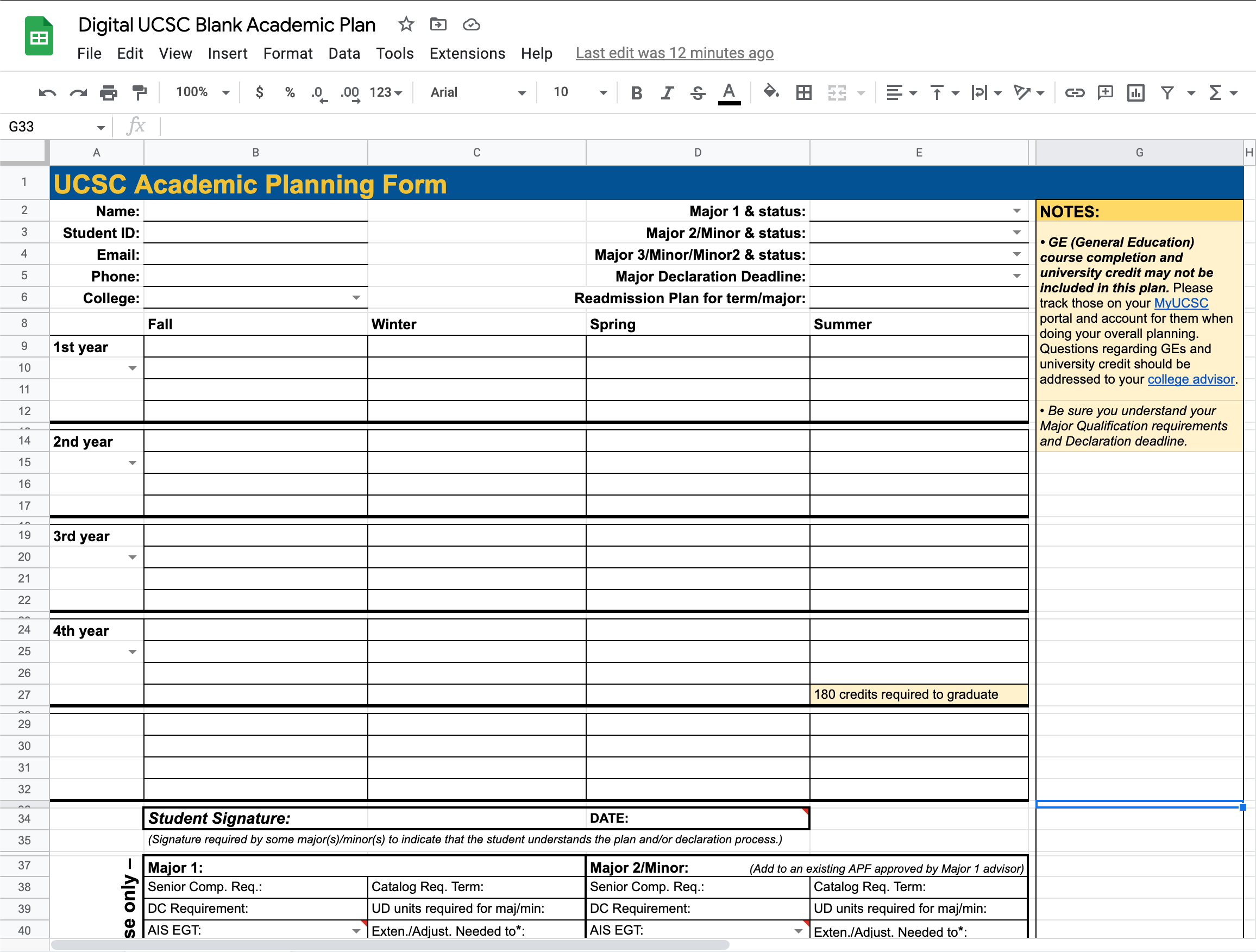 User-centered design is one of my favorite frameworks

Practicing user-centered design while working with my students and colleagues to create these advising tools was a great learning experience! Being about to learn about what students want and need to feel supported and empowered in our program was extremely valuable. By creating advising resources that could meet them where they are at, I was able to get better engage with them while simultaneously easing my actual advising workload.

Seeking alignment is a process

I think that both the academic planning form and website redesign projects are great examples of how even if you feel that you have a great idea on your hands, getting buy-in and reaching a concensus within your organization can be a long and arduous process. A lot of this work revolves around building trust with your collaborators and listening with an open mind to their concerns.

I enjoy leading efforts that hope to create a positive impact

I’m really glad to have had the opportunity to improve a few of the advising processes during my time as an adviser at UCSC. To think that future generations of students will (hopefully) have an easier time navigating the complex world that is higher education makes me really proud of the work I achieved!